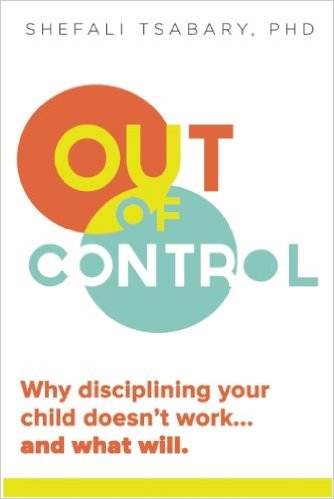 Why disciplining your child doesn't work... and what will.

Dr. Tsabary compels us to see that perhaps we are the ones that are OUT OF CONTROL and worse our parenting and discipline is the driving force behind our children’s misbehavior. Today we are going to talk about honoring our children, the destructive role of over-identification with our kids, and why connection before correction is the key to willful cooperation and the end of what we identify as “punishment.”

Communication Parenting Relationships
Get the book

“When we engage with our children from the belief that child discipline is a vital aspect of our role as parents, we assume children are inherently undisciplined and need to be civilized. Ironically, the most heavily disciplined children are often those least able to control themselves.

The system of rewards and punishments undercuts the child’s capacity to learn self-discipline, subverting their inherent potential for self-regulation. Becoming a mere puppet whose performance is entirely dependent on the warden, the child learns to be externally motivated rather than internally directed. As the years pass, it becomes unclear who the warden is and who the prisoner is, as both torment each other in endless cycles of manipulation.”

Shefali Tsabary, Ph.D., was exposed to Eastern philosophy at an early age and integrates its teachings with Western psychology, having received her doctorate in Clinical Psychology from Columbia University in New York. This blend of East and West allow her to reach a global audience and establishes her as one of a kind in the field of mindfulness psychology for families.

Dr. Shefali Tsabary lectures extensively on conscious parenting around the world and is in private practice. She is author of the award winning parenting book, The Conscious Parent as the newly released Out of Control: Why Disciplining Your Child Won’t Work and What Will, as well as It’s a Mom: What You Should Know About the Early Years of Motherhood, which debuted on the Indian National bestseller list for four weeks. Dr. Tsabary lives in New York City.